Background
The word cotton have been derived from the Arabic word “qutun”. Cotton can be dated back at least 7000 years in samples found in caves in Mexico. 3000BC cotton was grown and used in Egypt and Pakistan area.

First cotton seed was brought to the Cape in 1690, although Natives in the area used wild varieties of cotton already as early as 1516. Since 1846 cotton was produced in several areas in South Africa, and the first Cotton Gin was installed in Barberton in 1922. Since then several Gins have been installed throughout South Africa, and currently we have 7 operational modern Gins in South Africa. Although South Africa do have Spinning Facilities to process cotton fibre, most of the production is exported.

Cotton is produced in several areas in South Africa, and also throughout our neighbouring countries, up the east coast of Africa, Western Africa, and worldwide.

After harvesting the cotton from the cotton fields, it used to be cleaned by hand, and the fibres have also been separated from the seed by hand, but this was time consuming and one worker could only remove about 1lb of fibre per day. This process of picking the fibres from the seed is known as ginning. The Churka gin have been developed and used two wooden pinch rollers and hand turned, but it was also very slow. 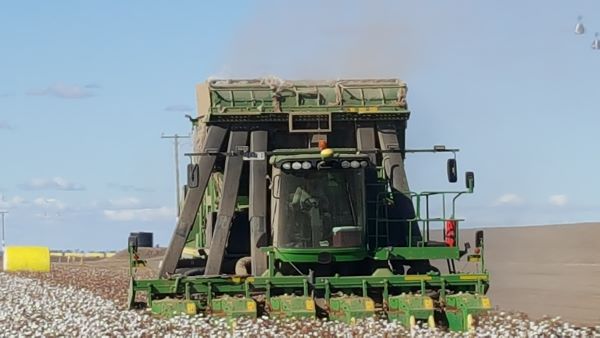 In 1794 Eli Whitney revolutionised this process by patenting the first machine to gin cotton in the South in America. In 1796 Henry Ogden Holmes, a blacksmith patented an improved version using metal gin saws. With this the cotton gin was born. As the need for cotton increased worldwide, and specially in America, throughout the 1800’s and up to now refinements in the ginning machines and cleaning equipment, conveying and packaging, was driven to allow the cotton and textile industry to expand.

Although the processing of cotton have been mechanised, the output capacity of cotton gins seldom exceeded 10 bales of 500lb/hour per gin. But since the mid 1960’s we saw big developments and now gins could produce 20 -30bales/h. This steadily grown to the new modern gins that can produce up to 120bales/hr. However most cotton gins found in Africa dates back to the 1940 -1960’s, but they are still operational. And most of them were old model gins that had been relocated, but we do start see upgrades and new modern gins get installed in many areas.

The KEK Company was formed close to 70 years ago by two German brothers, Karl and Egon Keller, just after WW2, when they saw the need to produce high quality Gin Saws and also wear parts for the oil mill industry. Since the late 1950’s Egon Keller travelled throughout Africa extensively visiting Cotton Gins marketing their products. Up to date we still visit our client’s word wide, monitoring the performance of the wear parts for all types of cotton gins even dating back to the 1940’s, also assisting with technical issues and assisting in supply and maintenance of all types of ginning equipment as a leader in this field