Champoining the Cause: Youths in Agriculture

Youths over Africa vehemently complain and protest against lack of unemployment, considering ‘white colour jobs’ and ‘blue colour jobs’ as the only jobs in Africa

Africa as a continent has reported a significant rate in agriculture; Agriculture is one of the sectors on the continents with a reasonably high level of revenue from export activities. Export commodities such as Cocoa, coffee, Timber, cashew and maize are some widely known produce that earn the continent much foreign exchange revenue.

Youths over Africa vehemently complain and protest against lack of unemployment, considering ‘white colour jobs’ and ‘blue colour jobs’ as the only jobs in Africa. Trend in agricultural activity inclusion has focused on rural inhabitants with older folks dominating in many countries across the continent, denoting that the younger folks in these rural areas, together with people from the urban centers are not quite interested in this sector. It is no surprise that even the unemployed who are surrounded with agricultural opportunities refuse to see them, even if they do, they are reluctant or do not take advantage of them.

Most youths, when asked to campaign for agriculture or raise a voice to agriculture will not hesitate to do it, but when asked to engage in farming, they will definitely not hesitate to say no. Same analogy applies to most agricultural students, if you ask them about their ambition, they may mention International Agricultural Scientist, a Researcher, an Agricultural Officer, a Banker or a Government Servant, a handful will dare say they want to be farmers.

Several documentations and reports indicate reasons for lack of interest on the part of the youths in Africa, including the unemployed ones.

The youth has it that, Agriculture takes much time and efforts which doesn’t even guarantee absolute success. The Contemporary youth craves for quick money within the shortest possible time, if possible, without much hardwork, and since agriculture is not a one day business and also involves a lot of hardwork and dedication, they tend to lose interest in it.

Agriculture is perceived by most youths as socially non-prestigious. The graduated youth would rather chase eagerly after ‘white and blue colour jobs’ than to work on a farm. Societal stereotype and perceived inferiority complex of agriculture makes it difficult for even parents to encourage their children, in case they decide to venture into agriculture or farming as a career option.

There is not enough exposure of contemporary youths, especially those at the urban areas to agricultural activities. Since urban areas are industrialized and developed, lands there are usually used for building companies, households and other infrastructures rather than reserved for large scale farming. Family lands which could otherwise be used for farming will rather be sold out to be used for building and other activities. Because youths are concentrated in the urban centers, they get a little or no exposure in the field of agriculture, hence lack the skills and motivation to go into that field.

Agricultural activities seem uncomfortable and unsafe to the youth. People who are dedicated to agriculture are perceived to go through a lot of things, ranging from stress associated with work to unproductivity due to infestations. Youths usually want to look their best and have a comfortable work condition, and because starting to farm involves digging, tilling lands, watering, removing weeds, burning, and maybe encountering snakes, scorpions, and other earth creatures, they would rather remain at home than to join the farming train.

The evolved African educational curricula fail to include material agriculture. Some schools teach agriculture but mostly the soft aspect of it, with a little or no practical session. This generally affects the interest buildup of youths towards the agriculture. 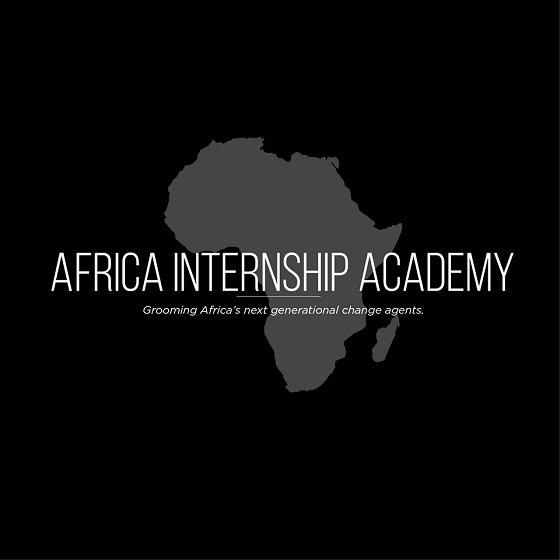 We as African youths have however been continuously sensitized in the past few years about the need to venture into agriculture as a career choice. Several campaigns have been launched by some youth advocates in various countries within Africa to create a sense of inclusion for youths and to change the dominant stereotype and preconceptions towards agriculture as a career choice.

The Africa Internship Academy (https://www.AfricaInternshipAcademy.com/) under the umbrella of People Initiative Foundation (PIF) (https://www.PeopleInitiativeFoundation.org/blog/) stand to defend this course, we encourage all youths who want to venture into the field not to allow for discouragement. There is now a tremendous improvement in the agricultural sector. According to Debbie Stabenow, agriculture looks different today – farmers are using GPS and can monitor their irrigation systems over the Internet. With the introduction of modern technology and internet, agriculture has been made much easier and quite enjoyable. This is a great motivation to all youths who want to explore the scope

Some governments have also developed initiatives that will help build the agricultural sector and make it more effective than before. With the provision of free seedlings and fertilizers, free farm productivity strategies and other amazing initiatives, more youths are beginning to build interest in the field and are doing exceedingly great.

Some educational sectors, especially the higher ones have been able to inculcate practical agriculture as an effective course of study. The concept is very practical and involves almost all the aspects such as farming and fishing, so aside the theoretical aspects, students are able to identify with the field and build more interest in it. They are also able to gain skills and adopt strategies to make agriculture easier.

According to Gilbert K. Chesterton, true contentment is a thing as active as agriculture. It is the power of getting out of any situation all that there is in it. It is arduous and it is rare. Most youths are observed not to live life for themselves but rather live life driven by societal control and interference. The youths need to take responsibility for their lives and choices, follow their dreams and take control of their decisions without fear or intimidation. This is basically the first step to achieve success.

Is Marijuana the new bitcoin?