GIC to launch US $4m agricultural finance scheme in Nigeria

The German International Cooperation (GIC) is looking to launch a new agriculture financing of approximately US $4m to aid smallholder farmers in Nigeria by the end of the year. The GIC Program Coordinator for Green Innovation Centre, Caroline Trimborn, said that the program is projected to run for four years. Furthermore, the funds are to be stored in the commercial banks, which will then distribute to the farmers.

Despite the failure to disclose the interest rate, Trimborn quickly pointed out that GIC would be working with banks willing to provide loans to smallholder farmers. She also said that the banks would have to come up with criteria that farmers could meet. As far as collateral is concerned, Ms. Trimborn said that it was specific to the institutions it was working with, stating that for instance, GIC were working with the Bank of Industry on the mechanization scheme.

According to her, the cooperation seeks to improve the income and productivity of 200,000 smallholder farmers cultivating rice, maize, Irish potato and cassava. As such, farmers in Kano, Kaduna, Plateau, Benue, Nasarawa, Cross River, Oyo and Ogun states are involved in the project.

The program coordinator also explained that GIC was working with up and downstream companies in value chains to improve their turnover and employment. She added that the organization had trained roughly 150,000 smallholder farmers and was carrying out a close monitoring of farmers on the different value chains.

The organization, she added, had improved farmers income. For instance, it has been able to double productivity of potato farmers and increase their income along the value chains. Ms. Trimborn stressed the need for the farmers to view agriculture as a business such that they don’t increase production without seeing where the market is. 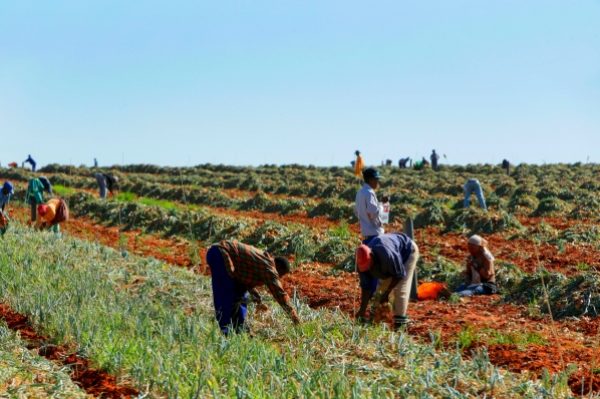